Items related to Get LENIN 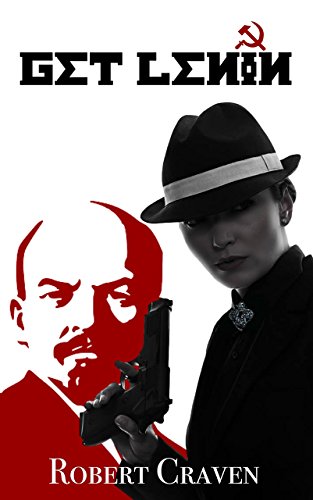 As the German troops approach Moscow during the Russian offensive of World War II, encountering ever more determined resistance as they go, what if they could snatch the greatest and most heroic symbol of the Soviet Revolution, the body of Vladimir Ilyich Lenin? Would Soviet morale collapse? Would Joseph Stalin's Soviet Union be defeated? Would Nazi Germany conquer the world? This is the intriguing premise of Robert Craven's 'Get LENIN' which pits the academic British spymaster Henry Chainbridge and the seductive Polish infiltrator Eva Molenaar against the elite of the German Third Reich and the wealth and ambition of American movie mogul Donald T. Kincaid who will amass yet another fortune for himself recording the Nazis' triumphal seizure of Lenin himself. The race is on, and if the Nazi plot succeeds the war and humanity itself may be lost.

Robert Craven lives in Dublin, Ireland, and is a musician who has studied journalism and worked in the publishing and graphic design industry for many years. 'Get LENIN' is his first novel, but also the first of a gripping series.

Book Description CreateSpace Independent Publishing Platform. Paperback. Condition: Good. A copy that has been read, but remains in clean condition. All pages are intact, and the cover is intact. The spine may show signs of wear. Pages can include limited notes and highlighting, and the copy can include previous owner inscriptions. At ThriftBooks, our motto is: Read More, Spend Less. Seller Inventory # G1461194016I3N00