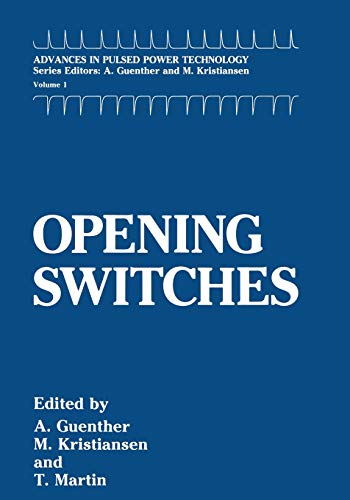 Pulsed power technology, in the simplest of terms, usually concerns the storage of electrical energy over relatively long times and then its rapid release over a comparatively short period. However, if we leave the definition at that, we miss a multitude of aspects that are important in the ultimate application of pulsed power. It is, in fact, the application of pulsed power technology to which this series of texts will be foc~sed. Pulsed power in today's broader sense means "special power" as opposed to the traditional situation of high voltage impulse issues related to the utility industry. Since the pulsed power field is primarily application driven it has principally engineering flavor. Today's applications span those from materials processing, such as metal forming by pulsed magnetic fields, to commercial applications, such as psychedelic strobe lights or radar modulators. Very high peak power applica­ tions occur in research for inertial confinement fusion and the Strategic Defense Initiative and other historical defense uses. In fact it is from this latter direction that pulsed power has real­ ized explosive growth over the past half century. Early thrusts were in electrically powered systems that simulated the environment or effects of nuclear weapons detonation. More recently it is being utilized as prime power sources for directed energy weapons, such as lasers, microwaves, particle beam weapons, and even mass drivers (kinetic energy weapons).