Items related to Shadows of Time 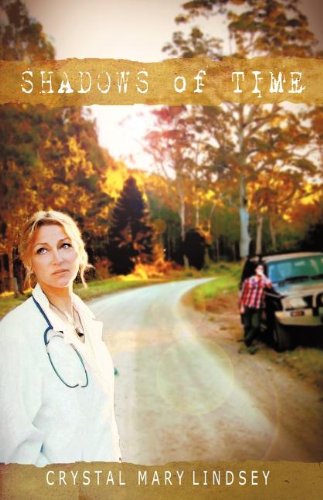 Twenty-seven-year-old Ariana Ross has not had an easy life. Orphaned at two after her parents are murdered, she is raised by her father’s family in Queensland, Australia. Ariana―who embraces spirituality and refuses to believe life is against her―eventually becomes a physician. Now, as Ariana heads to new beginnings at a medical practice in Gumbirra, Queensland, she hopes to broaden her horizons, tend to her patients with the help of God’s love, and leave her past behind. She has no idea how many surprises await to change her life forever.

After relocating, Ariana encounters Zane Lombardi, a handsome, angry stranger who leaves her heart thumping. It is only after another chance encounter with him that she realizes he is an emotionally scarred man who has lost his trust in women. Even so, the pair are so attracted to each other that it seems destiny dictates the potential for a relationship. As Ariana forges new friendships and heals her patients, Zane must reconcile his past as well as his relationship with God as he looks toward the future.

In this contemporary Christian tale, Ariana finds that her quest for a new beginning seems to be leading her to not only love, but also to an amazing discovery that may bring her inner peace at last.