Items related to Escape through the Eye of the Jaguar

Skeens, Robert Escape through the Eye of the Jaguar

Escape through the Eye of the Jaguar 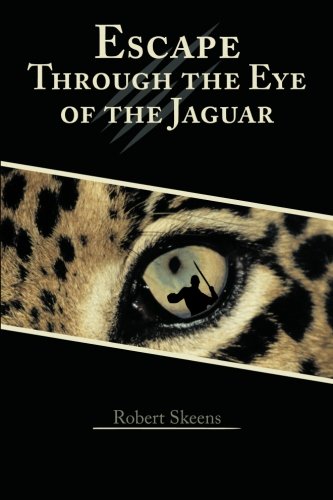 Missionary pilot David Masterson had methodically planned a simple flight plan to fly down to a remote army post and airstrip to pick up fellow missionaries Brad Carson, Jeremy Addison, and a missing new tribes translator, Philip Richland. What he had not realized was the intensity of civil unrest in the country. Government troops fought tooth and nail with rebel factions and the private armies of drug lords all vying for a piece of the action. David and his fellows are suddenly tossed headlong into the underworld of godless men who reveled in the deadly art of jungle warfare, where the specter of death shadowed every waking moment, waiting to snatch away the souls of men. The missionaries learn the hard way what it means to follow God's guidance and also find hope in the valley of the shadow of death that their Lord was with them. Some American mercenary soldiers are rescued by the little team of missionaries. Forced by circumstances to band together in order to survive, they are brought face to face with a living God and the realities of a godless eternity.

Robert Skeens has been a bivocational pastor for over thirty-five years. He has pastored several rural churches in northwest Missouri and is presently pastoring a small, country church in the northern part of Harrison County, Missouri. Just out of high school, he joined the US Air Force and was stationed in England, where he met his wife, Jenny. He recently retired from a local telephone company. In his retirement, he is active in his Baptist Association and involved in several volunteer services in the county. He and Jenny have three married children and seven grandchildren. They also share their home with three cats and a Muppet of a lapdog.

1. Escape Through the Eye of the Jaguar