Items related to Deadly Cure: "This fast-paced thriller lifts the... 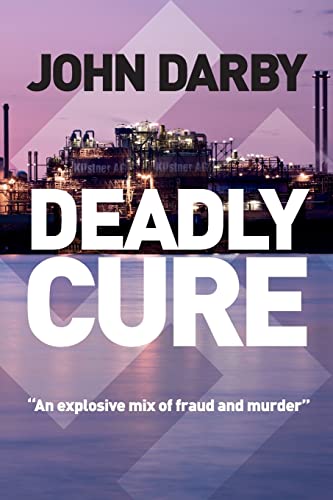 They had made a major breakthrough. A drug that would eliminate cancer. When research scientists Nick Callaghan and Wes Wesley are welcomed into a joint venture with major Swiss company, Klistner Pharmaceuticals, they believed their dreams were about to be realized. But Nick and Wes are unaware that Klistner Pharmaceuticals is in deep financial trouble and totally reliant on the new drug to survive. Then the nightmares commence. The drug is found to be a potential killer, Wes is found drowned in the Rhine, and Nick is accused of his murder. On the run from the Swiss police, Nick desperately seeks to prove his innocence. Hunted across Switzerland and Liechtenstein, he lifts the lid on a massive and deadly pharmaceutical fraud, becomes entangled with Neo-Nazis, and finds an unlikely ally in Michael, a mysterious Mossad agent. Surviving a roller-coaster ride of treachery, murder and the ruthless dealings of corporate giants, Nick has one final nightmare. To save the woman he has come to love, he must make an agonizing decision. His answer comes in an unexpected and violent conclusion.