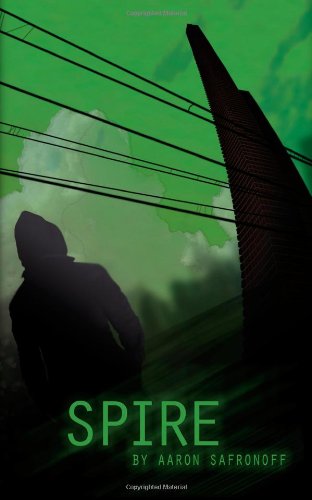 Genetic causes, environmental, or self-imposed, the Collective treats all of the maladaptive sort the same way: plug and scrub. “It’s the only sane solution for society.” A ‘plug and scrub’ begins with a chemical soup that diminishes the integrity of the proteins you use to make memories. They plug into your Chip and remove unwanted, dysfunctional memories. The whole process is usually done with great precision--that is, if you're chipped. If not? Well, it's not quite as random as an ice pick. I’m chipless, so I’d rather not attract any attention from the Collective, especially the Officer sitting beside me. She was sporting some fantastic GEaR, the kind of myth or military. No way I wanted her to... “Hello, Joshua.” Too late.

Genetic causes, environmental or self-imposed, the Collective treats all of the maladaptive sort the same way: Plug and Scrub. The next stage of humankind's evolution has begun, and the Collective fears the change will unsettle the balance of power. From the dark interior of that unified world government, a plan is hatched to capture and control any who exhibit the emerging genetic anomaly. But then came Joshua. Capture and control is no longer an option.

Aaron Safronoff was born and raised in Michigan where he wrote his first novella, Evening Breezes. In his early twenties, he moved to California to attend culinary school. He fell in love with the Bay Area and has never considered leaving, although he did eventually leave the school. During his ten years in the games industry, he worked at various levels and for several disciplines including quality assurance, production, and design. All the while he was writing a novel, short stories, plays, and poetry. His career in design introduced him to amazingly intelligent, fun, and creative people, many of whom he considers family today. Safronoff self-published, Spire, in 2011, and won the Science Fiction Discovery Award for the same in the summer of 2012. By the end of that year he decided to drop everything and free fall into fiction. In the following three months he completed work on the sequel to Spire, Fallen Spire, edited Evening Breezes, and published both. Today, Safronoff is co-founder and Chief Storyteller of Neoglyphic Entertainment and working on his fifth novel, the second book of the Sunborn Rising series. In his spare time, Safronoff enjoys reading a variety of authors, Philip K. Dick, Cormac McCarthy, and Joe Abercrombie among them. He enjoys living near the ocean, playing and watching hockey, and video games. He has a deep love of music and comedy.