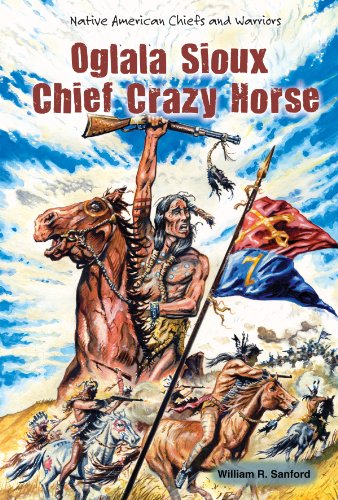 Based on historical accounts, the author tells the real story of this fearless leader, and the many attacks he led against the U.S. Army. Eventually, he was forced to surrender and died mysteriously while under arrest in Fort Robinson, Nebraska. A sculpture memorializing him can be found on the side of a mountain in the Black Hills of South Dakota.

Sifting fact from folklore, these titles in the Native American Chiefs and Warriors series introduce key Native American leaders during the time of westward expansion. After an overview of each leader’s youth, including family life, vision quests, and warrior training, each book focuses on the U.S. government’s infringement upon Native American land and how these leaders responded. Oglala Sioux Chief Crazy Horse describes Crazy Horse’s success as a chief and warrior, particularly during the Battle of the Little Bighorn, and the resulting jealousy among other Sioux leaders that led to his contentious death. Accompanied by archival photos and reproductions, these well-balanced biographies encourage students to learn more about these unsung American figures. Grades 5-8. --Angela Leeper