Items related to Fact and Fiction 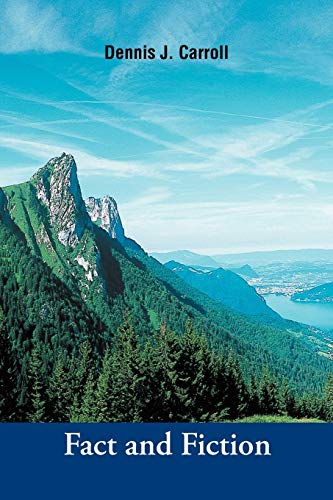 My non-fiction is primarily drawn from childhood memories of Yulan, New York, a hamlet in Sullivan County, during the late 1950’s and early 60's. They are anchored in a clarity dictated by subjects illustrating and implying specific points. I consider writing an important and responsible act, part skill, part art, but always an enjoyable activity as seen through the lens of time and memory. In reading fiction, I have always been most interested in character-driven, as opposed to, plot-driven stories. Consequently, my written fictive efforts generally reflect this preference. My characters are drawn both from my experience as well as from my imagination. Their conflicts, characteristics, as well as, the way they speak, act and see themselves, stem from experience and imagination as well. These characters are generally hybrids of more than one person, either female or male, often functioning in their everyday environments. Some are soldiers, lawyers, police officers, teachers, photographers, painters...functioning within varied settings from urban to rural often reflecting a blue-collar nuance and culture. The plots of my stories function to support the stories that the characters tell: the natural friction between daughters, mothers, fathers, sons, brothers, sisters, husbands and wives generally complicated by changes in their lives—sometimes major, other times minor—that cause them to confront those around them as well as themselves. From philandering spouses, to selfish, incompetent or overindulgent parents, or individuals who discover that their lives must change. These plots, linear as well as cyclical, reflect the human drama of strength, weakness, doubt, certainty, moral choices and consequences, love, hate, fear, hope, anxiety, despair and happiness. She stepped over the puddles and around the mud along the driveway to the mailbox by the rutted road out front. Efforts like this—along with things like thunder and lightning storms, which terrified her, as well as woodchucks and raccoons prowling around all-night, which kept her on edge—reminded her that she was not a country person. Still, for the last few weeks, the culmination of months of study, their place in Manhattan hadn't worked. She had needed the tranquility of this remote house, in the Catskills, where she had spent her summer tomboy childhood. Franca walked slowly back to the house and retraced her footprints as she flipped through the handful of mail. One return address, New York State, Certification and Licensing Unit, caught her attention, and she tore it open with her finger: From Black Still Water She climbs the three steps in front of the local high school and remembers sitting on the wide stone slabs—coffee in one hand, a cigarette in the other—waiting for her little girl to finish her dancing class on countless Saturday mornings, but the memory quickly disintegrates when she opens the large steel door, and it clangs shut after her. The escaping music is deafening; vibrations pound against her chest, and in the sudden, overpowering darkness, she finds it hard to breathe. Slowly her eyes adjust, and she makes out the dancing figures through the white smoke generated from behind the jungle of gigantic speakers and amplifiers, off in the distance. She hugs the wall, inches her way along searching and her breathing slowly returns to normal. From: Dancer Standing by the sink, looking out over the lake, Jaime listens to the sounds floating up from the basement, work noises: the hammer striking nails home—one, two three...our, occasionally punctuated by the high-pitched whine of the power saw and the slap of discarded wood as it falls to the tile floor. All day, he works, non-stop, framing it out, refusing lunch a couple of hours ago, and now it is almost three in the afternoon.

Dr. Dennis J. Carroll, a freelance writer and former Adjunct Associate Professor of English, is retired from the City of NY and the US Army. He grew up in Manhattan's Alphabet City and Sullivan County in upstate New York. He has traveled to Central America, Mexico, Puerto Rico, Europe, the Caribbean, the American Southwest, the South, and New England while in the military as well as a civilian. He is the author of Cops and Priests, has recently completed a military thriller tentatively titled War Babies and is currently working on a novel set in the Catskills. His work has appeared in the New York Times Book Review, New York Newsday, Catholic New York, the Voice of First Army, the Sand Paper, the Towne Crier and the Hancock Herald. He lives with his wife Francesca in New York City.

Shipping: US$ 11.04
From United Kingdom to U.S.A.
Destination, rates & speeds

Shipping: US$ 12.22
From United Kingdom to U.S.A.
Destination, rates & speeds