Items related to A Promise Kept 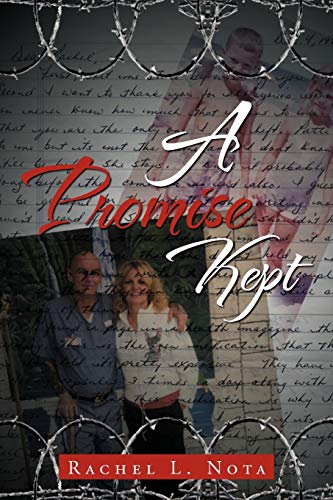 A PROMISE KEPT IS THE POIGNANT STORY OF A BROTHER-SISTER Relationship that survived and endured despite the choices that the brother made throughout his life; From a bond forged in a 1950's childhood defined by physical and mental abuse, Rachel and Butch followed different paths-his led to crime, imprisonment, running from the law, and AIDS; hers to marriage children and career success. Despite the tremendous disparity between their lives, Rachel continued to provide emotional and financial support to her brother, even until the moment of his death in prison. Unlike Rachel, Butch could not escape their traumatic childhood and was unable to turn his life in a positive direction. Arrested at the age of 19, Butch spent the most of his adult life In and out of prison, where he ultimately contracted AIDs. Readers will relate to this story of a love that defied all odds to endure; a story of one woman's struggle to somehow make a difference in her brother’s tragic life. Anyone who has made a commitment to stand by a loved one no matter what the circumstances, will appreciate the depth of a sister's love for her brother and her willingness to stay with him until the end of his life.

ABOUT THE AUTHOR........... Rachel Nota, a first time author, resides in Connecticut with her husband, Jeff, for 37 years. They enjoy collecting classic cars together. Forever proud of their children and grandchildren. She has been self employed, owning a hair salon for over 20 years.