Items related to Betrayal in Budapest 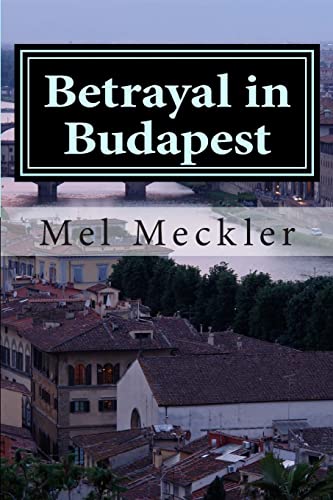 Our book is centered around the choices and decisions made by a former Austro-Hungarian World War I hero, Admiral Horthy, who in 1920 was appointed to serve as Regent, Kingdom of Hungary. However after it's decisive defeat in World War 1, Hungary remained in chaos which he attributed to alleged punitive peace treaty provisions, Hungary had been forced to agree to, following the break-up of the Austro-Hungarian Empire in 1918. Admiral Horthy, was appointed Regent, Kingdom of Hungary in 1920 and as a former 2nd Reich partner with Germany in the Austro-Hungarian Empire, made a calculated decision, following Hitler's appointment as Chancellor in 1933, after personally witnessing Nazi-German re-armament, at Hitler’s invitation, proceed unchallenged by former World War I victors, came to believe that with Mussolini's and Hitler's help he should be able restore lost Hungarian territory and populations by overturning above post World War I treaty provisions. Admiral Horthy's subsequent decision, as the presiding Regent, Kingdom of Hungary to convince his government to become one of Hitler's axis partners along with Italy, Romania and Bulgaria prior to the start of World War II, thereby committing his country's military and other governmental resources to Nazi-Germany’s needs, while still maintaining effective control of his government. However by March, 1944, the eventual outcome of World War II on the Eastern Front became clear to all Axis partners. Several Axis allies, including, Mussolini and Regent Horthy attempted to reach separate peace agreements with advancing western allied forces. Accidental discovery of an obscure autobiography Admiral Horthy published in 1942 Berlin, contained clues that remained obscure to World War II historians as to his purpose in agreeing to become an active Axis partner. Our intent is to inform our readers by "connecting the dots" with new information and facts that reveal Admiral Horthy's probable motive for his governments direct involvement in the deportation of the majority of Hungarian Jewry in early to mid 1944, as advancing Soviet armies were almost certain to liberate Budapest. .

Mr Meckler is a California and Oregon licensed mechanical, chemical, industrial, environmental and manufacturing engineer and has published over 330 feature and technical articles, handbooks, videos, design and policy manuals including professional engineering books. He was elected to the ASHRAE Board of Directors served as Vice Chair, ASHRAE Technology Council, received several Society awards including a 50 year Distinguished Service Award and the Crosby Field Award . He was elected Chairman (1995 – 2001) of International Standards Organization (ISO) headquartered in Geneva: ISO TC 205: Building Indoor Environment Design Committee comprising elected representatives from 36 countries. Mr Meckler received a faculty appointment as an adjunct Professor of Chemical and Mechanical Engineering, School of Engineering and Computer Science, California State University, Northridge (1982-1983) . In 2003, he was appointed by the Dean, School of Information Science, Claremont Graduate University, Claremont, California, as an adjunct Associate Professor . A graduate of Worcester Polytechnic Institute “With Distinction” (with a BS) and the Horace H. Rackham School of Graduate Studies, University of Michigan (with a MSE), he was elected to both Tau Beta Pi (engineering) and Sigma Xi (scientific research) honorary societies In 2004, Mr Meckler was selected as one of four Global Award Finalists for McGraw-Hill’s Platts Energy Lifetime Achievement Award (www.platts.com) sponsored by McGraw- Hill Platts Division, Capgemini, HP and Business Week. In 1998 he received a Certificate from the President, Los Angeles Section of the American Society of Mechanical Engineers (ASME) “in appreciation for service and recognition of distinguished achievement in engineering”.