Items related to The Prepper Road Saga: Our End Of The Lake Revisited

Foster, Ron H. The Prepper Road Saga: Our End Of The Lake Revisited

The Prepper Road Saga: Our End Of The Lake Revisited 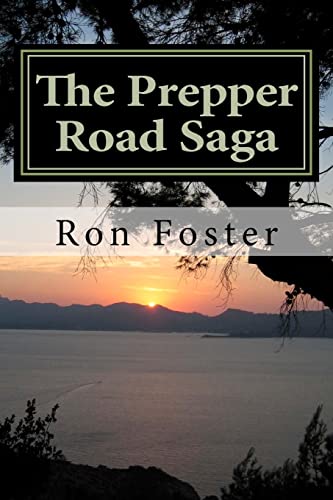 ter a solar storm devastated technology in the world, the acclaimed series of books from the Prepper Trilogy which were combined under the title "Our End Of the Lake" told what occured before, but not after, the community took on more people to feed and support. They began to starve and were forced to look for solutions further afield. The four Prepper Novelettes telling the stories of your favorite charcters are noe combined to give you the further saga of the survivors. Join us now in revisiting our end of the lake for the rest of the story of survival in post apocalyptic America.

Yahoo Voices  "In addition to his professional training in emergency management, Ron Foster is also a former military man and a post-apocalyptic author who specializes in electromagnetic pulse and survival fiction. Foster is the author of the popular prepper and survival series, The Prepper Trilogy. He holds several master's degrees in emergency management related fields. The author's academic credentials include certificates in Global Security and Terrorism Studies, Law and Public Safety, Displaced Persons, School Security and Safety Administration, and Non-Profit Organization, Administrative Science, and Emergency Management Administration."

1. The Prepper Road Saga: Our End Of The Lake Revisited