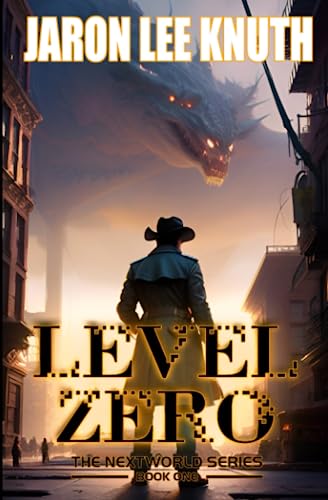 The never-ending wars, pollution, and overpopulation of the near future have caused the outdoors to become uninhabitable, and the government is forced to create a new world, a virtual existence that allows civilization to continue. Shopping malls, schools, concert venues, and religious gathering places all exist in the infinite confines of this new reality, yet the most popular domain for most teenagers is the one that houses the endless array of digital games. When the sequel to a popular title is released to the public for a special beta test, a group of players eagerly log in to try out the new experience. What seems like harmless violence quickly turns all too consequential when the players realize the game's biggest error: They can't log out. Forced to battle their way through an endless army of monsters programmed to kill their avatars, the players must fight against the clock and find a way out of the game before the real world catches up to them.

Jaron Lee Knuth was born in western Wisconsin in 1978. Suffering from multiple illnesses as a young child, he was forced to find an escape from his bedridden existence through the storytelling of any media he could find. Science fiction and fantasy novels, television programs, films, video games, and comic books all provided him with infinite worlds for his imagination to explore. Now he spends his days creating stories and worlds in the hope that others might find somewhere to escape as well. He would love to reply to any questions or comments you may have for him at jaronleeknuth@gmail.com. You can also check out his news and updates at facebook.com/jaronleeknuth or follow @jaronleeknuth on Twitter.

Book Description Paperback. Condition: Good. The book has been read but remains in clean condition. All pages are intact and the cover is intact. Some minor wear to the spine. Seller Inventory # GOR009310105