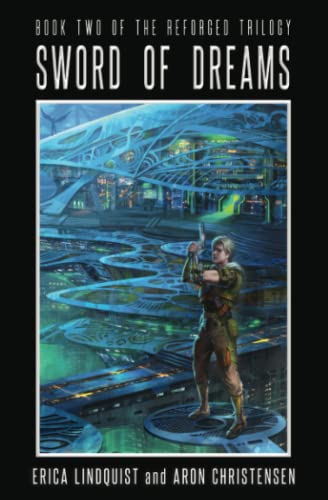 Death isn't done with them.

For a church dedicated to the worship of death, the Cult of Nihil stubbornly refuses to die. When word reaches the bounty hunter who calls himself Logan Coldhand that the Central World Alliance is willing to pay for members of the congregation, he takes the job. Perhaps chasing death will help him recapture the thrill of the hunt, lost ever since the mark that got away.

Halfway across the galaxy, Maeve and the rest of the Blue Phoenix crew are still struggling to rebuild their lives after a devastating encounter with the Nihilists. But when Captain Myles agrees to take on what should be a simple job - flying a team of archaeologists to the remote planet of Prianus - they find themselves pitted against old enemies and ancient terrors.

Sword of Dreams is the second book of the Reforged Trilogy.

Erica and Aron are not a pair of squirrels chained to a typewriter. They met as pre-med majors over a dissected cat and plastic silverware. Then they went on to do something else entirely: writing fantasy and sci-fi novels. Dinner usually consists of pasta and stories.