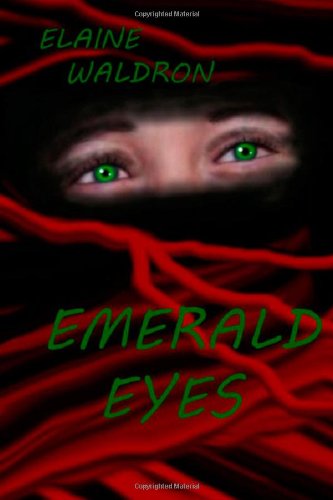 The day Madison Stevenson left her sniffling mother, Lois Stevenson, standing at Hobby Airport and boarded her Southwest flight into Seattle, she had no clue as to just how drastically her life was about to change. She thought she was getting away from her controlling and nagging mother and would be spending her days painting and enjoying the beautiful scenery the Pacific Northwest had to offer. There was no way she could have known that her two nearest neighbors would soon be rivals for her affections. There was also no way she could have known that one happened to be a werewolf, and the other man, the one her Aunt Mattie had loved for years – a man Madison had adored as a child – was not only still around, but just as young looking and handsome as ever and happened to be a vampire.

Apart from Elaine's novels, she is a former newspaper journalist and has had numerous short stories published in such publications as: Amazing Journeys, Mudrock: Stories & Tales, Trail of Indiscretion #3, and Trail of Indiscretion #4 - winning best story based on cover art for that issue. She has been published in Chaos Theory, Second Annual Northwoods Anthology, Third Annual Northwoods Anthology, Fourth Annual Northwoods Anthology, Fifth Annual Northwoods Anthology, Dan River Anthology 2006, and Dan River Anthology 2008, to name a few. She has short stories online with Scars: TV.
She is trilingual and had fifteen years of piano.
She loves the outdoors and good music (from Classical, R & B and Heavy Metal to Soft Jazz). The Mephisto Waltz, Rhapsody in Blue, and Prokofiev's Concerto No. 3 are her favorite musical works. She also loves Chopin and Bach. Favorite singers - Tom Jones, Lou Rawls, Adam Lambert, Tina Turner and Cher. Her favorite authors are: L.J. Smith, Mickey Spillane, Ray Bradbury, Edgar Allen Poe, Stephen King, Stephanie Meyer, Jack Engelhard, and John W. Cassell. She enjoys Shakespeare and her favorite poet is Rainer Maria Rilke, and she mostly reads and listens to his works in German.
She is an advocate for preserving our planet, believes in God, and recycles. Loves animals: has two cats. And when she's not writing or watching her grandchildren, she plays the piano and paints with oils, watercolors, pastels and acrylics.
Other interests include: astronomy, quantum physics, ancient history, religions of the world, and mythologies. She has been studying German for the past three years, when she can take the time to do so.