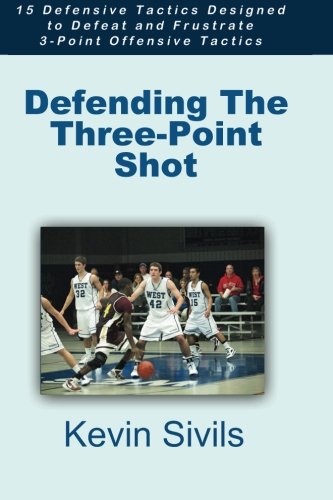 About the Author A 25 year veteran of the coaching profession, with twenty-two of those years spent as a varsity head coach, Coach Kevin Sivils amassed 464 wins and his TEAMs earned berths in the state play-offs 19 out of 22 seasons with his TEAMs advancing to the state semi-finals three times. An eight time Coach of the Year Award winner, Coach Sivils has traveled as far as the Central African Republic to conduct coaching clinics. Coach Sivils first coaching stint was as an assistant coach for his college alma mater, Greenville College, located in Greenville, Illinois. Coach Sivils holds a BA with a major in physical education and a minor in social studies from Greenville College and a MS in Kinesiology with a specialization in Sport Psychology from Louisiana State University. He also holds a Sport Management certification from the United States Sports Academy. In addition to being a basketball coach, Coach Sivils is a classroom instructor and has taught U.S. Government, U.S. History, the History of WW II, and Physical Education and has won awards for excellence in teaching and Teacher of the Year. He has served as an Athletic Director and Assistant Athletic Director and has also been involved in numerous professional athletic organizations. Sivils is married to the former Lisa Green of Jackson, Michigan, and the happy couple are the proud parents of three children, Danny, Katie, and Emily. Rounding out the Sivils family are three dogs, Angel, Berkeley, and Alec. A native of Louisiana, Coach Sivils currently resides in the Great State of Texas.