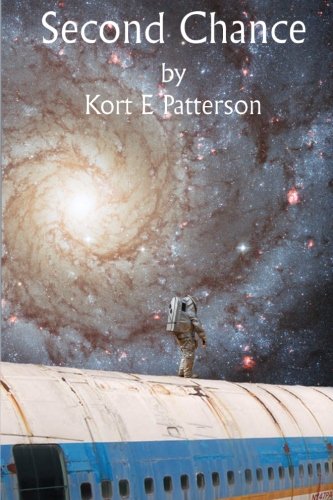 Our story begins in a seedy spacer-bar. An unlikely pair brought together by their common fate, our unsuspecting adventurers are commiserating over being stranded when their ship was condemned to the wrecking yard. The pair hatch a plan to get back into space by cobbling together their own ship out of recycled parts. Unknown to our intrepid businessmen, they're about to become a valuable strategic material in a long stalemated resource-starved war between two crazed computers. Having long ago eliminated the last of the biologicals who created them, the machines had also long ago recycled their no longer needed defenses against biologicals. As the only biologicals in the war, our unwilling heroes are press-ganged into a risky mission that could finally end the war. But even if they could pull it off, would they really want to?

The blundering and bemused tale of mischances and unlikely events that comprise the Kort Patterson's life history might indicate otherwise, but he never intentionally "set out adventuring". Each incremental step seemed reasonable within the context of the moment, even if their cumulative effects took him in directions that might appear somewhat less than rational when considered from the infinite perspective of hind-sight. In spite of best intentions to seek a quiet and orderly life, fate (and miscalculations) have already served up more unexpected twists and turns than he would care to admit. Perhaps the single most consistent aspect over the years has been that where he ended up has almost never been where he thought he was headed. Among the many unexpected results of the author's experiences are three novels, a dozen short stories, and over a hundred articles for readers to enjoy!