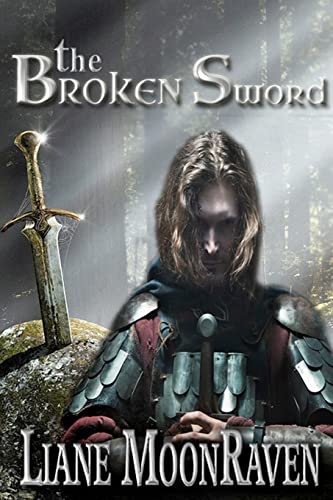 After a major battle has been won at Badon Keep, life slowly returns to normal - whatever that is.Arthur has a new wife and everything appears to be going well until the past rears its ugly head. Betrayal by a legendary Knight of the Round Table has never happened before! Will fellow knights be willing to stop one of their own? Especially for the sake of a woman?Not your typical King Arthur story! The Broken Sword is a story of love and betrayal, honor and loyalty. There's no Guinevere in THIS tale! A new King Arthur legend begins and it will keep you on the edge of your seat until the last nail-biting page!

What happens when you decide to move on with your life when you think someone is dead? How will you react when the past catches up with you? When King Arthur takes a wife, they will have to answer those two very difficult questions. Never before has a knight betrayed the king, but love will drive most men to do anything. Will his fellow knights stand beside 'the broken sword' or will they stand beside Arthur? Find out in, The Broken Sword.

Liane Moonraven has fantasized about King Arthur and the magnificent Knights of the Round Table since she was a small girl and has written fiction for almost as long as she could hold a pen. She did not take her writing seriously however until after she enrolled in a Creative Writing course while attending college. Liane’s professor encouraged her to continue honing her talent as he felt she had great gift for story-telling. Inspired by the great legends of King Arthur and authors such as Edgar Allan Poe, Brahm Stoker and Stephen King as well as the brilliant Alfred Hitchcock, Liane prefers weaving a story of history but mixed with a bit of classic horror and steamy romance as well. Liane believes the combination makes for a deliciously different yet memorable tale. Liane Moonraven currently lives in a suburb of Washington, D.C.