Items related to Inside Nuremberg Prison 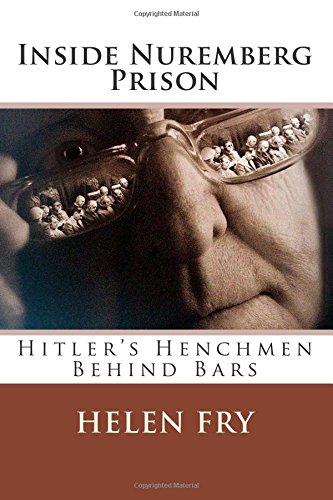 "Inside Nuremberg Prison: Hitler's Henchmen Behind Bars" is the extraordinary true story of Howard Triest, the only German-Jewish interpreter to work with the psychiatrists in the Nuremberg Prison during the trial. At the end of WW2, twenty-two surviving members of Hitler’s government were behind bars in Nuremberg Prison, awaiting trial for their part in the most heinous crimes in history. Munich-born Howard Triest fled Nazi Germany on the eve of war. Four years later he landed on Omaha beach with invading American forces and served on the frontline all the way to the invasion of Germany. As he entered the country of his birth, he felt euphoric. But there was a special, painful task ahead for the man whom the Nazis once wanted to kill and whose family had disappeared in France in 1942. Howard was assigned as the only translator to the psychiatrists working in the jail. For twelve months Howard walked into the prison cells on a daily basis and sat within inches of Hitler’s henchmen and the men who sent his parents to the gas chambers of Auschwitz. How did Howard react to being so close to pure evil? Was reconciliation with Germany possible in the light of such nationwide complicity? Sixty-five years later Howard is the only surviving witness to those prison interviews.

Historian & biographer Dr Helen Fry has written over 20 books, mainly on aspects of WW2. These include: From Dachau to D-Day; Churchill's German Army; The M Room: Secret Listeners who Bugged the Nazis; Spymaster: the Secret Life of Kendrick, Freuds' War; and Denazification. Helen is engaged on a number of educational projects as well as TV documentaries in the UK and USA, including for National Geographic Channel, PBS, Channel 4 & Channel 5. Her official author's website: www.helen-fry.com

Book Description CreateSpace Independent Publishi, 2012. Paperback. Condition: Good. All orders are dispatched the following working day from our UK warehouse. Established in 2004, we have over 500,000 books in stock. No quibble refund if not completely satisfied. Seller Inventory # mon0002603510