Items related to Dawn of the Lizards: A Poetry in Haiku

Angello Wellson-Noble Dawn of the Lizards: A Poetry in Haiku

Dawn of the Lizards: A Poetry in Haiku 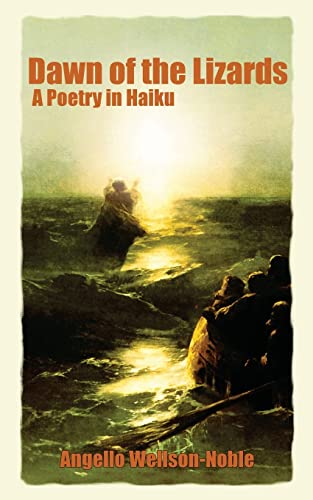 Have you ever wondered what's really in your blood? Most people go through life having no interest in whether their veins flow from the genetics of the "Old Country." They're too preoccupied with their iPhone, Xbox, or fax machine.

Perhaps you're not like those people. Maybe you've stopped to wonder, "Why do some people look like Velociraptor?"

In his epic work of Haiku, Dawn of the Lizards, a Poetry in Haiku, underground researcher and rogue Intelligent Design scientist Angello Wellson-Noble unravels this mystery and many more. Along the way he exposes a Lizard Alien Conspiracy that spans the ages and has secretly ruled the world since the Dawn of Mankind.

Buckle up, dear reader, and do your homework.

Don't miss the officially illustrated sequel, Day of the Lizards, An Illustrated Poetry in Haiku, now available in the Kindle Store!

Angello Wellson-Noble is an underground researcher and rogue Intelligent Design scientist. His theories are so controversial, nay, dangerous that he has been forced to keep his findings secret for the past thirty years. In this volume he has made the culmination of that research available for the first time outside of secret meetings, cryptically worded PostIt™ notes, and backroom Scrabble™ games. Mr. Wellson-Noble enjoys the outdoor sports of survivalism, hunting, and [redacted]. He enjoys the indoor sports of pipe collecting, Scrabble™, and uncovering the secrets of worldwide conspiracies.

1. Dawn of the Lizards: A Poetry in Haiku