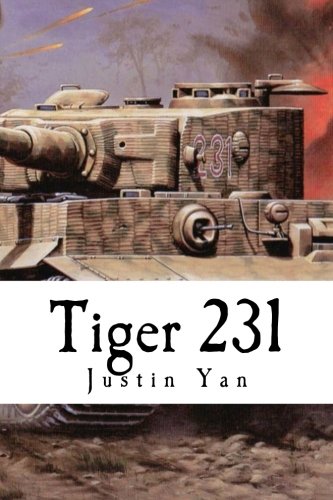 In Tiger Team One, author Justin Yan's debut novel, a team of normal young men in Nazi Germany are pulled into World War II... From a rejected family and a ruined reputation, Rudolf is quiet but intelligent. The Nazi ways have never appealed to his family, but when Frank enters his life, things get complicated. Frank, a devout Nazi, can't understand Rudolf's anti-Nazism. He was on the brink of reporting him to the Gestapo, but then Rudolf realized that to save his own life, he would have to change his character. Rudolf is drafted into the Wehrmacht along with his friend, Frank. In another city, Stuttgart, Adrian and his former enemy, Christian, are due to be enlisted as well in the army. When chance brings them together to the same recruiting station, everything changes. After weeks of basic training, they realize that the army is no place to be. Instead, one day they are contacted without warning: They have been transferred to the tank corps. It all clicks; the tank needs a commander, skilled in leadership, a gunner, unsurpassed in accuracy, a loader, strong yet persistent, a driver with excellent situational awareness, and a radio operator with flawless technological skill. Each one fits a role, but being a team is more than having skill... will they survive without breaking themselves?

Justin Yan is a middle school student who currently resides in Colleyville, Texas with his family. He enjoys playing the piano, competing in math competitions, and swimming. This book was his NaNoWriMo assignment for his teacher, Mrs. Morgan.