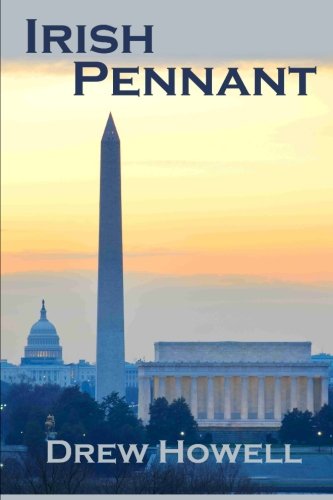 As an ending, it's familiar: A man with no way out fakes his death and sails off into a sunset of palm trees and fuzzy drinks.

But what happens when that's your beginning?

For a burned spy named Gault, a pile of money and a new face don't hide the fact that his second life is pretty empty. But when a deadly terrorist murders his best friend, everything changes.

Now, Gault wants blood for blood. Tracking the killer from the oil rocks of Azerbaijan through the old cities of Europe and into the rugged Alps, nothing is going to stand in his way.

Problem is, disgraced FBI Agent Samantha "Sam" Calvert has her own score to settle with the assassin, even if she has to go against orders to hunt him down.

IRISH PENNANT puts Gault and Calvert on a collision course, each hoping to catch a bloodthirsty killer before he strikes again. What they don't know is that he already has a plan of his own, a daring new attack under false colors.

After graduating Annapolis, Howell served in the United States Navy for more than two decades, deploying to every numbered fleet and operating with more than sixty nations. On leaving active duty, he endured law school and entered private practice. Howell engaged in complex federal court litigation and intellectual property law before joining Blackwater as a senior vice president and its general counsel. Then things got interesting. Visit his website at www.DrewHowell.com.