Items related to The Reluctant Hunter 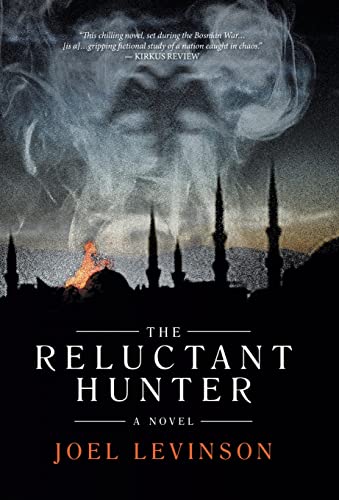 In the spring of 1992, as the formerly communist country of Yugoslavia begins to disintegrate into mayhem, Jusuf Pasalic, a college-age secular Muslim, is surprised by a thundering knock at his front door in the hamlet of Kljuc, Bosnia. Moments later, he is riding in a convoy of Serbian trucks transporting hundreds of Muslim men and boys to a concentration camp. After escaping, Jusuf is intent on returning home to save his mother, a devout Muslim, before she too is caught up in a region-wide campaign of ethnic cleansing.

Jusuf, like his deceased father, is a superb marksman, but unlike his father, he loathes hunting. He is now without a weapon when he needs one most. Forced to survive in harrowing circumstances, he struggles to understand why his Serbian friends are suddenly his enemies. After weeks on the run, Jusuf is emaciated, exhausted, and looking for refuge when a young woman and her father take him in to their home. But even as Jusuf continues to try to locate his mother, the young couple fall in love, further complicating his goal of returning home to carry his mother to safety. A lifelong friend of Jusuf's, now fighting with the enemy, is intent on proving to Jusuf that his mother is still alive, but Serbian soldiers on the front lines have another idea about the fate of this innocent Muslim woman.

In this poignant historical tale, Jusuf is faced with an agonizing choice on how to protect his mother's honor-a decision that will change his life forever.

"The Balkan wars ended one of the longest periods of peace in European history. My company, Bavarian TV, reported extensively from the Bosnian War about unimaginable atrocities and victims of unspeakable violence. This war had an uneraseable impact on the collective consciousness of Europeans and others around the world.  Joel Levinson's debut novel, THE RELUCTANT HUNTER, demonstrates a deep understanding of that conflict.  But his novel is much more than a brilliant account of historical facts.  It transcends the limits of time and place to convey the truth about human nature at it best and at its worst. Jusuf Pasalic is an unforgettable character.  His coming of age unfolds in the chaos of war among 'brothers' and reaches its culminating point in the most crucial decision a human being could possibly face...and the unfathomable guilt it carries with it.  And yet THE RELUCTANT HUNTER, is not only about despair and darkness, but also about survival, hope, friendship, and the healing power of love. Levinson's symbols are beautiful and his writing style is very much his own.  I hope THE RELUCTANT HUNTER finds the large audience it deserves."

"The writing is fast-paced and full of energy. There's something refreshing about Jusuf's character that takes the edge off of reading about such a dark and disturbing chapter in history. The Reluctant Hunter took me on a dark, disturbing, and powerful journey and when I finished, I felt like I was leaving a part of myself behind the now-worn manuscript pages. The fact that Levinson's writing could reach me this deeply says a lot about his ability as a writer."

--ALEXIS BARAD, author, editorial consultant, former Associate Publisher at PlayBac Publishing, USA.
"The use of poetic devices in Joel Levinson's novel is reminiscent of Hemingway and Remarque, while the content and style are comparable to works by James Jones, Norman Mailer and Jerzy Kosinski. Levinson's approach (unusually modern) and language (bold and personal) are fresh and original. The stark images, abundant but perfectly justified, evoke the black-and-white World War II films made in the 1950s by the directors of the Polish School, Andrzej Wajda in particular. The Reluctant Hunter should be read by high school students (preferably as required reading), in order to destroy the false and over-romanticized preconceptions of war created by a plethora of action movies and computer games.
--HENRYK HOFFMANN, author; Chair of the World Languages Department, Perkiomen Preparatory School, Pennsburg, PA; MA in English Philology

The Reluctant Hunter is Joel Levinson's first novel. It is based in part on brief accounts of the Bosnian War described by his "adopted" Bosnian daughter, Aida, and her secular Muslim refugee friends who came to the United States from their hometown of Bihac through the auspices of The Community of Bosnia. Levinson is an architect-turned-author. He has written articles about design and related issues throughout his career; his designs, produced over a forty-year career, are preserved by the Architectural Archives of the University of Pennsylvania.