Items related to Confronting Death: College Students on the Community...

Confronting Death: College Students on the Community of Mortals 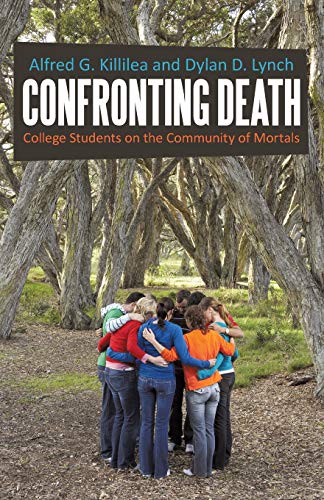 Death is a hard topic to talk about, but exploring it openly can lead to a new understanding about how to live. In this series of eighteen essays, college students examine death in new ways. Their essays provide remarkable ideas about how death can transform people and societies. Alfred G. Killilea, a professor of political science at the University of Rhode Island, teams up with former student Dylan D. Lynch and various contributors to share insights about a multitude of issues tied to death, including terrorists, child soldiers, Nazism, fascism, suicide, capital punishment and the Black Death. Other essays explore death themes in classic and contemporary literature, such as in Dante, Peter Pan, Kurt Vonnegut, and Christopher Hitchens. Still others explore death in modern context, considering the work of Jane Goodall, the threat of death on Mount Everest, the origins of the "Grim Reaper" and how violent street gangs deal with death. At a time when American politics suffers from deep ideological divisions that could make our nation ungovernable, our mutual mortality may be the most potent force for unifying us and helping us to find common ground.

1. Confronting Death: College Students on the Community of Mortals