Items related to Love Beyond Time 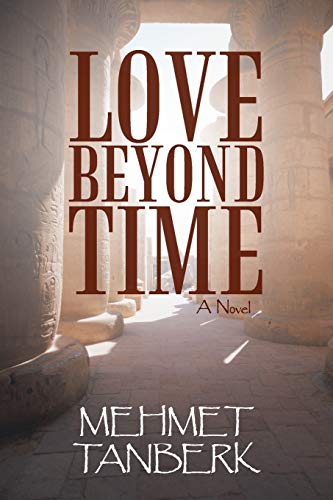 Long before the universe is created, there is no concept of time or place. In this ocean of absolute wisdom and existence, the Lord contemplates creating a planet where humans will not only know him, but also be respected and loved by the angels. As the creation unfolds, one of the angels is so enchanted by the process that he desires to be a part of human evolution. It is not long before the Great Angel is born in ancient Nubia to a mother who makes the ultimate sacrifice. As he takes his first breath, his mother dies-but not before she makes his brother, Kumma, promise to look after the baby, who is named Semneh. Fifteen years later, Semneh and Kumma have grown into men. After Kumma saves the life of an Egyptian prince, he and his brother are taken to the prince's palace, where they begin a new life. Kumma joins the Egyptian army, and Semneh becomes an artist. But when both brothers fall in love with a beautiful princess, their lives change forever. Semneh commits an act that he will carry with him for the rest of this life and beyond. In this visionary tale, ancient Egypt and Anatolian civilizations collide as a soul is reincarnated through multiple lifetimes in the quest for salvation.

Mehmet Tanberk worked as a finance manager for multinational companies like Singer, Philips, and Roche. Now retired, he has published two books in Turkey-Melting Pot of Civilizations and Turkey beyond Prejudice. Mehmet and his wife live in Istanbul and have three children and three grandchildren.