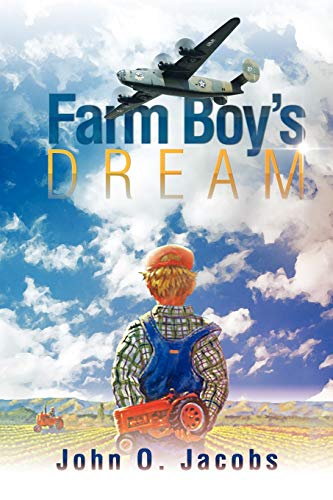 My vision of flying started with C. Lindberg flying solo across the Atlantic and the pictures of him landing in France at night, I believe. I believe there was also a fellow by the name of Chamberln-not sure of the spelling on his name-who had planned the same trip, but Lindberg beat him to it; I believe he was from Iowa. And then there was Col. Roscoe Turner, who held world's speed record at, I believe it was, 300 mph sometime in the early thirties. And then there was Wily Post one-eyed pilot, who, with Will Rogers, a humorist from Oklahoma, attempted a round-the-world flight and crashed; and both were killed in Alaska. And then the China Clipper on its maiden flight-John Music-I used to; believe me. And then there was Amelia Earhart. Flying was in my blood, until I did not get to attend high school; so my flying dreams went out the window, knowing that I would need all the education to get there. So WW II came along, and as you see, my dream did come true-to come out of service and to be qualified to fly any aircraft that was being flown in the world. And now you would wonder: why would anyone pass up an opportunity such as that? Good question . . . you were allowed only twenty hours a week flying time . . . free time-that bothered me; being a farmer, we had no free time to speak of. There was nothing more boring than flying hours on end with nothing to look at. It was not boring on the way to a target but on the way back to base-five hours of blue sky and water. We did not fly every day, maybe three missions a week. There was no recreation down there, believe me. Since I was the youngest, it was expected of me to take care of my parents on the farm.