Morier, Peter Beach My life as a Deaf Gay Man and Other Stories

My life as a Deaf Gay Man and Other Stories 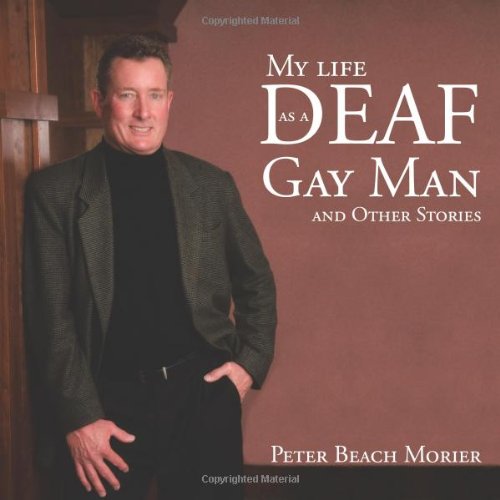 Preface: The Inner Man By Margaret A. Pitts Peter B. Morier, who is deaf and gay, knows why he exists. I met him at Chestnut Lane, an assisted-living facility for deaf and blind people, while he was doing court-ordered community service. He was living in the past and present, and he also hoped that there would be a future for him-because at that point, his future was uncertain. He does not like to waste time. Peter has given his life to serving justice rather than adding to the numerous injustices and inequalities and the never-ending violence and viciousness that the world contains. At one point, Peter had thought that he would not make a difference. But he realizes that he was wrong to feel that way. Furthermore, other people have said that he has indeed made a difference. He never regretted the commitment he made. Peter shared his feelings with me and, at this point in his life, he is ready to keep moving forward. He has written this book with two goals. He wants to remove the stigmas that have been wrongfully placed on his life and give credibility to the Deaf and gay perspective. My name is Margaret Pitts, and I reside in Gresham, Oregon. I am Peter's ghostwriter, and he also considers me to be his adopted sister". One part of Peter's book is one of the saddest yet most joyful stories ever printed. It is the story of how Peter found peace again, overcoming his fears with a newfound trust and transforming his life. It is truly a wonderful story to read and very inspiring. Peter has been praised for managing to tell such a difficult story. How painful it must have been for him to look back at those difficult times and transcend them. It is a wonderfully strong story, an epic journey about hope, strength, justice, and overcoming a multitude of adversities. It is a true test of human spirit and should inspire everyone to reach their highest potential in life, no matter what physical, psychological, or emotional o