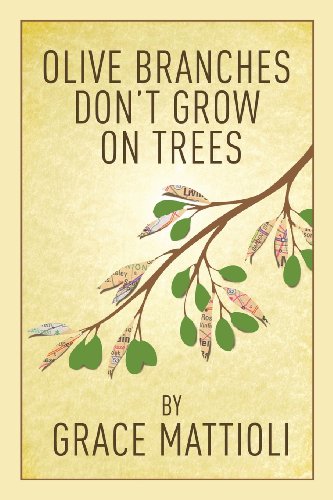 After getting fired from her most recent dead-end job, 23 year old Silvia Greco is broke and forced to move home to her father's house in southern New Jersey.  But she can't sit around and mope too long, as she is immediately drafted into helping her mother plan a party for her younger brother's high school reunion.

Getting her feuding Italian-American family together will not be easy as they haven't been altogether in over 6 years; some members are not speaking to other members; and the parents of this family are newly separated. Getting the gathering to be a peaceful one will also be challenging as most of their past gatherings have been strife-filled.

Frank, the patriarch, is a judge, a drunk, and a bad cook.  The mother, Donna, is a neurotic intellectual. The eldest, Angie, married rich and devastated her father by moving away to north Jersey.  Silvia's older brother, Cosmo, is a brilliant and talented underachiever.  Her younger brother, Vince, is a super ambitious do-gooder.

Then there is Silvia:  Energetic, idealistic, and restless, striving to bring her family together in hopes of saving them from becoming families that her parents come from in which members despise each other.  She is sure that if they can all be in the same room where they can look into each other's eyes that they will remember that they do love each other.

But are her well-crafted plans and tireless efforts enough to get them to go to the party?  Can she bring them together and save them all?  Olive Branches Don't Grow On Trees is the first book in the Greco Family Trilogy.  The second book is Discovery of an Eagle.

The Discovery of an Eagle is the sequel to Olive Branches Don't Grow On Trees, and it will be out very soon!

Originally from New Jersey, Grace Mattioli now resides in San Francisco.  She has worked as a professional librarian for over seventeen years, and has been writing fiction since the age of ten.  She has participated in several fiction writing and screenplay writing courses and has had several works of flash fiction published on the UK Short Humour site.  She published her debut novel, Olive Branches Don't Grow On Trees, in July of 2012, and will have the sequel to this novel, The Discovery Of An Eagle, published in May of 2014.