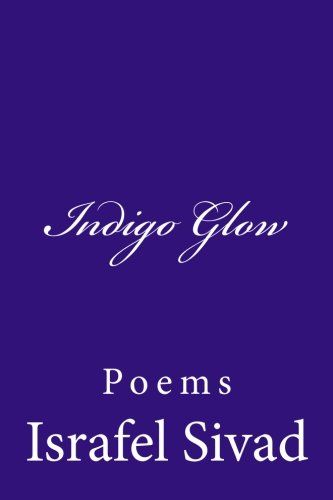 A poetic manifesto for the new world’s next generation. Based upon the new age myth of the “indigo” aura and the stories of those who bear that aura being newly incarnated in this world – from an unknown realm – with the sole purpose of illuminating this plane of existence, “Indigo Glow” shines through with the sensations of its namesake. Skirting the borders of reality in an attempt to illustrate the poet’s exotic feelings, it is a wealth of mythological symbolism and a beautiful vision of unknown existences. Perhaps, by its end, the indigo auras will have completed their task here and will be prepared to leave this world to their mythological counterparts: “the crystal children”.

In Heaven a spirit doth dwell "Whose heart-strings are a lute"; None sing so wildly well As the angel Israfel, And the giddy stars (so legends tell), Ceasing their hymns, attend the spell Of his voice, all mute. From "Israfel" by Edgar Allan Poe http://www.youtube.com/watch?v=Vp1niAMjb9c

Book Description CreateSpace Independent Publishing Platform. Paperback. Condition: Good. A copy that has been read, but remains in clean condition. All pages are intact, and the cover is intact. The spine may show signs of wear. Pages can include limited notes and highlighting, and the copy can include previous owner inscriptions. At ThriftBooks, our motto is: Read More, Spend Less. Seller Inventory # G1478394803I3N00