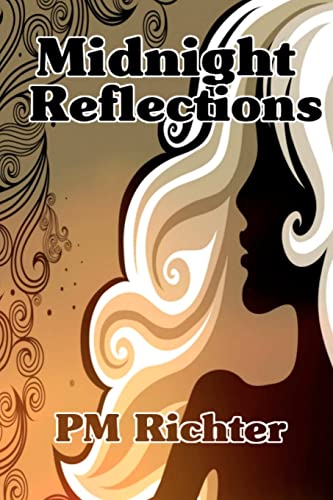 Julia's midnight reflections actually happened at four in the morning.  Tragedy had struck her family.  She was far from home, lonely, watching a handsome man sleeping in her bed at the Beverly Hills Hotel.  Robin, the handsome sleeping man had put himself in terrible danger so she could solve a mystery.  Now she was feeling guilty as well as heart broken.

﻿Robin himself is obsessed by Julia, knowing something besides her attractiveness enchanted him; an illusive mixture of sweetness and intelligence that beckons.  He's playing a role, hiding his true identity.

Julia is playing a dangerous role herself, working for a man she believes is a murderer.  She also suspects that Robin is much more than the simple man he proclaims himself to be.  Can she trust him?

Pamela M. Richter is an author living in West Hollywood California. She has a degree in Psychology, from Northridge State University. She has worked as a property manager for Nansay, Corp. a multi-national corporation, been a dance teacher for Arthur Murray and Fred Astaire Dance Studios. Some of her other work available: The Living Image The Necromancer Deadly Memories