Items related to Gnomes of Coyul: The Crystal Staff

Gnomes of Coyul: The Crystal Staff 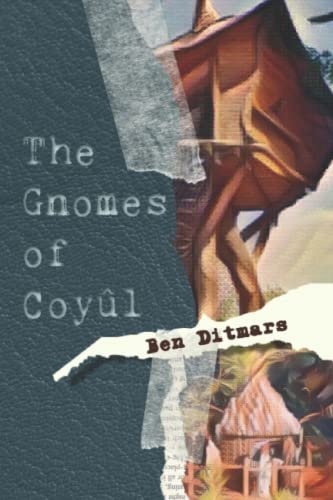 Motty is a melancholy gnome, seeing little purpose in his humdrum life and dead-end job. Things seem finally too much for him until he meets a human named Theo, who rescues him from a barrage of attacking elves. They become fast friends as the elders confine Theo to live within the boundaries of the tree-city forever. But fate has more in store for them than this. As the same forces chasing Theo unite to assault the gnomes’ tree the man and gnomes are forced to flee toward safety. Their journey begins, as they discover the only way to save their civilization, and the world at large from further conquest, is by defeating a demented Elf-Queen living far away. Through fairy prisons and realms of unicorns the gnomes and man must battle past vicious trolls, winding tunnels, and other harrowing villains and locations to finally end up in the elfish city itself and accomplish the task of destroying an Elf-Queen and her magic staff.

Ben muses from his home in Marion, Ohio, aspiring to become a teacher and always writing. He was first published in his college publication The Cornfield Review in 2010. If you have a moment, take some time and listen to Ben co-host his poetry podcast, Lyrical Versification, with Amber Norrgard.

1. Gnomes of Coyul: The Crystal Staff