Items related to Crazy Sally and the Preacher

Crazy Sally and the Preacher 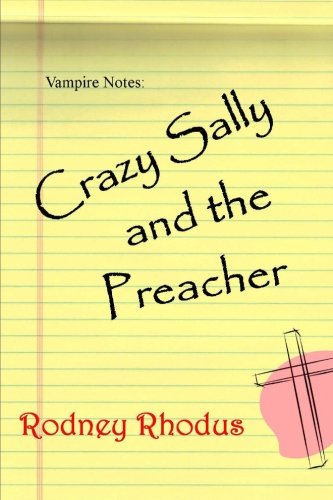 Some semesters are more challenging than others: if it’s not cold-blooded professors, it’s having to juggle school and work and social life; and if it’s not that, it’s getting changed into a vampire. Crazy Sally and the Preacher is the story of Michael Paul, a college junior who finds himself floundering in three somewhat conflicting relationships: his painfully platonic relationship with sophomore Beth Sexton, his tenuous and tentative relationship with God, and his surreal relationship with Crazy Sally, a long-time campus fixture who dances into his life and transforms him into a vampire. The novel follows Michael as the fall semester begins at South Central Kentucky University in Mesopotamia, Kentucky. Michael, as a dormitory RA, has to deal with a couple of freshmen who have had an encounter with Crazy Sally, one of them becoming somehow transformed by her kiss. Michael tries, unsuccessfully, to guide the freshman back toward regular college life, but the young man eventually turns up dead in a fountain. Soon after this, Michael himself has an encounter with Sally, and he undergoes his own transformation, gaining strength, agility, improved stamina and reflexes, and heightened senses, as well as the inability to tolerate sunlight on his skin and a tragic allergy to garlic. Along with his former roommate, the agnostic eternal-student James Thomas, Michael seeks to find what had happened to the freshmen, encountering a succession of drained corpses along the way. Crazy Sally and the Preacher is a novel for a young-adult audience which deals with issues commonly faced by college students, including relationships, religion, and megalomaniacal professors. The story is written from the perspective of a sarcastic and mildly cynical English major with an interest in pop culture and food.

Rodney Rhodus grew up in Berea, Kentucky, went to Berea College, officially became a Christian, graduated, went to the University of Kentucky, taught some freshman comp classes, graduated again, got a teaching certificate, moved to Raleigh, North Carolina, taught high school, got married, moved back to Kentucky, taught some more high school, went to Eastern Kentucky University, graduated again, fathered a couple of children, bought a house, taught a few more college classes, and wrote some words. He lives in Richmond, Kentucky, with his wife Liese and his two offspring, Andrew and Celia. He teaches at Model Laboratory School, a part of Eastern Kentucky University. He enjoys spending time with his family and cooking and eating and reading and watching movies and writing and thinking about things.

1. Crazy Sally and the Preacher