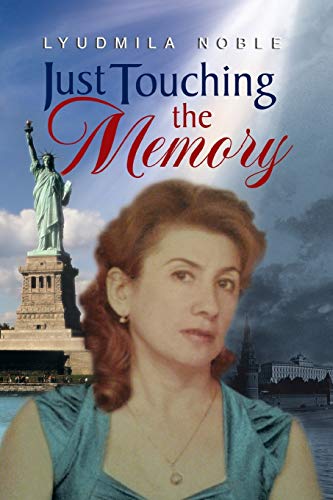 In her book she invites her potential readers to think, to analyze and to understand about the reasons which made Soviet people to leave their country. As everyone is aware nobody leaves and departs from a good life. On the surface her main character had a great career, house, family, children, husband . . . But that was the tip of the iceberg. The underlying reason for her departure from the former Soviet Union was deep down and deeply hidden from the eyes of the bystanders. In her book she tried to capture the most significant events which led the country to the collapse and made an impact of the destinies of the citizens of that country greatly . . . Being a sensitive author, she wants to say in her book, "My freedom is finishing when your freedom ends". As a matter of fact, in the former USSR the notions "will" and "freedom" were not separated. The authorities did everything what they wanted to do in spite of the fact that they hurt constantly Soviet people the people of values and dignity. The main purpose of this book is that very fact that the author intended to introduce relatively newly arrived Russian-speaking community to the American Society. To break stereotypes about Russians as the rigid people who came from the cold freezing country with similar personalities, instead she shows the real Russians in the US.

Lyudmila Noble, the author of the book "Just Touching the Memory" was born in a family of a well-known doctor in the former Soviet Union. From her very childhood she was introduced to the notions of humanism and altruism which were presented to her by her father. Lyudmila Noble's father was her mentor and her role model. In the former Soviet Union Lyudmila received her education as linguist, educator and military nurse. She majored in English/German. Later she got her Master's Degree in Social Work in New York, USA.