Items related to A Journal of the Plague Year

Defoe, Daniel A Journal of the Plague Year

A Journal of the Plague Year 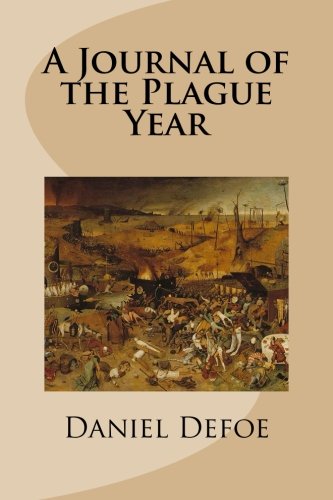 A Journal of the Plague Year is a novel by Daniel Defoe, 1660-1731, first published in March 1722. The novel is a fictionalised account of one man's experiences of the year 1665, in which the Great Plague struck the city of London. The book is told roughly chronologically, though without sections or chapter headings. Although it purports to have been written only a few years after the event, it actually was written in the years just prior to the book's first publication in March 1722. Defoe was only five years old in 1665, and the book itself was published under the initials H. F. The novel probably was based on the journals of Defoe's uncle, Henry Foe. In the book, Defoe goes to great pains to achieve an effect of verisimilitude, identifying specific neighborhoods, streets, and even houses in which events took place. Additionally, it provides tables of casualty figures and discusses the credibility of various accounts and anecdotes received by the narrator. The novel often is compared to the actual, contemporary accounts of the plague in the diary of Samuel Pepys. Defoe's account, although fictionalized, is far more systematic and detailed than Pepys's first-person account. Other notable books by Daniel Defoe include Moll Flanders, and Robinson Crusoe.

1. A Journal of the Plague Year

Shipping: US$ 14.11
From United Kingdom to U.S.A.
Destination, rates & speeds