Items related to Seduction of Colette 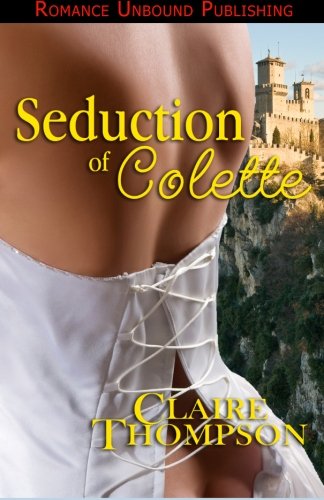 The year is 1658. Colette, daughter of a drunken and impoverished nobleman, has just been ‘lost’ in a wager, given to the dashing Lord Philippe de Valon, as payment for gambling debts. Against a backdrop of the lavish and decadent Court at Versailles, Colette is exposed to the delicious but dangerous attentions of a man used to taking what he wants. When Philippe is called away on King’s business, Colette is left in the hands of his sour old aunt, who regards Colette with suspicion and disdain. On their trip to Philippe’s castle in the north of France, Colette and her handmaid are abducted by a gang of ruffians. Will Philippe be able to rescue Colette before her innocence is lost at the hands of her tormentors? Or will she become the debased sex slave of hardened criminals? Seduction of Colette is a story of sexual awakening, of courage and virtue in the face of depravity, and ultimately, of true love.