Items related to The Thinking Odyssey 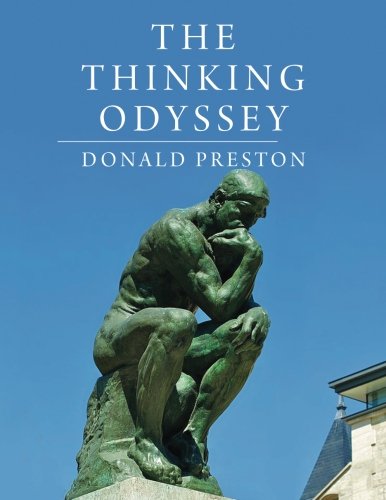 My entire professional life was dedicated to the world of business-from being a CPA on Wall Steet to CEO of an international corporation. But my real passion lay in my love of the sciences. With college science courses as a foundation, I continued to cultivate my knowledge by reading books and magazines on science, watching scinece television programs, and relentlessly probing the internet. As the years passed, I began to see a one-ness, an inter-relationship of everything. Our universe began with the Big Bang theory that created matter, space, and time in a nanosecond. But I also think God was created by the Big Bang. Studying the ecosystems of the Earth, our solar system, and the universe ultimately leads us to a true "perpetual motion" mechanism-and an amazing Theory of Everything (ToE). I would be honored to have you as my guest on The Thinking Odyssey. -Donald Preston, Author All profits from The Thinking Odyssey will be donated to charity.

A wide-ranging discussion of the natural world from a dedicated but inquisitive theist. The habits of the giant coconut crab, the workings of world religions, and the ebb and flow of the weather might seem about as disparate a group of assembled elements as possible. But seen through the author’s lens of interconnected ecosystems, the preceding topics and many more become a unified field of sound scholarly exploration, not to mention free-flowing musing. Dutifully recounting the science behind such notions before asking the inevitable question of why we believe in the things we believe in, the author confidently credits a supreme being for presiding over the whole shebang. But the God born out of this reality’s Big Bang is not the meddling—some might say malevolent—deity of the Old Testament. According to the author, he can’t be, since “God’s interventions would change natural ecology and play havoc with the Butterfly Effect.” The last phenomena, as sci-fi fans know, postulates that even the flapping of a butterfly’s wings—or the absence of such flapping—has enormous consequences further down the chain of interconnected causality. Thus, the God described here is omnipresent and omnipotent, but he just doesn’t intervene or answer prayers: “God does not tinker with anything on Earth.” This view, the author says, leaves the door wide open for science and theism to happily coexist. For instance, evolution isn’t a problem for the theistic writer if Charles Darwin’s theory just happens to be the Almighty’s way of getting things done. A well crafted reflection on the place of religion in the physical world.