Items related to The Hanoudi Tragedy: The Saga of the Hanoudi Family 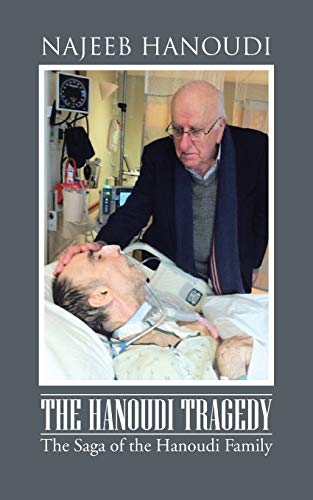 Dr. Najeeb Hanoudi, is a retired Iraqi ophthalmologist, a graduate of Baghdad University's college of medicine in 1957, this was followed in 1963 after two years of post-graduate work in Britain by a diploma in ophthalmology from the University of London. After returning to Iraq he worked in different parts of his country as an eye specialist, teaching clinical ophthalmology to undergraduates, and lecturing to postgraduates on retinal diseases and their treatments. Dr. Hanoudi has been concentrating for the twenty years before his retirement from government service in 1989 on retinal diseases and their laser treatment, he participated in many clinical meetings and conferences about the problems of the eye in Iraq and outside Iraq, after retirement he had a private practice in Baghdad until 2004 when he had to stop doing anything related to his specialty and concentrate on the care of his son who was injured a year after the American invasion of Iraq in 2003, a mistaken shooting by a young American soldier which left the boy in its aftermath in a vegetative state which required bringing him to the United States In 2007 for treatment which was not successful and the boy died in Michigan on the 21st of December 2011, he was laid to rest in a catholic cemetery in Southfield, a small town in the Detroit area. Dr. Hanoudi lives now in Michigan with his wife and his other son, he has one daughter who is married, she has one son and lives in Toronto Canada