Items related to The Atonement and the Modern Mind

Denney, James The Atonement and the Modern Mind

The Atonement and the Modern Mind 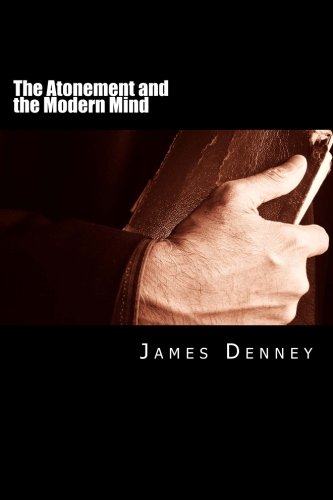 “It is the recognition of this divine necessity--not to forgive, but to forgive in a way which shows that God is irreconcilable to evil, and can never treat it as other or less than it is--it is the recognition of this divine necessity, or the failure to recognise it, which ultimately divides interpreters of Christianity into evangelical and non-evangelical, those who are true to the New Testament and those who cannot digest it.” James Denney was a Scottish theologian and preacher. Some of his expository sermons preached at Broughty Ferry were published in two volumes of The Expositor's Bible, The Epistles to the Thessalonians in 1892 and The Second Epistle to the Corinthians in 1894. He became a teacher and spent the rest of his life as a professor. Denney's greatest contribution to theological literature is in his robust defense of the penal character of the atonement. In The Atonement and the Modern Mind. Denney insists "the death of Christ cannot be understood unless it is seen as a death for sin, as Christ bearing the penalty in the place of those he came to save." He strongly resisted any attempt to drive a wedge between the substitutionary and ethical aspects of the atonement.

James Denney (1856-1917) was a Scottish theologian and preacher best known for writing The Death of Christ.