US Department of State 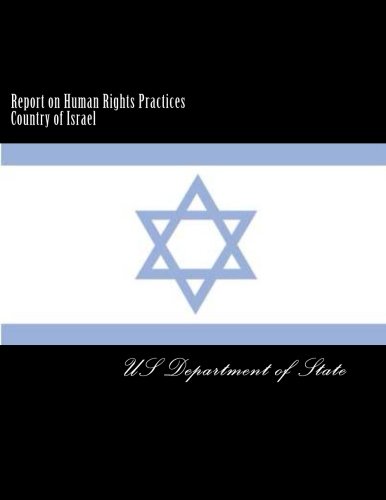 Israel is a multiparty parliamentary democracy. Although it has no constitution, Israel’s parliament, the unicameral 120-member Knesset, has enacted a series of “Basic Laws” that enumerate fundamental rights. Certain fundamental laws, orders, and regulations legally depend on the existence of a “State of Emergency,” which has been in effect since 1948. The Knesset has the power to dissolve the government and mandate elections. The 2009 nationwide Knesset elections, considered free and fair, resulted in a coalition government led by Prime Minister Benjamin Netanyahu. Israeli security forces reported to civilian authorities. (An annex to this report covers human rights in the occupied territories. This report deals with human rights in Israel and the Israeli-occupied Golan Heights.) The most significant human rights issues during the year were terrorist attacks against civilians; institutional and societal discrimination against Arab citizens--in particular issues of access to housing and employment opportunities; and societal discrimination and domestic violence against women. The government generally protected religious freedom, although there was institutional and societal discrimination against non-Orthodox Jews and some minority religious groups. The government ceased the practice of immediately returning African asylum seekers who reached the country through Egypt but continued to deny many asylum seekers individual refugee status determinations, which impacted their ability to work or receive basic social services, including health care. Societal discrimination and lack of accessibility persisted for persons with disabilities. Serious labor rights abuses against foreign workers were common, and there were reported cases of trafficking for labor purposes.

Buy Used
Condition: Good
The cover is clean but does show... Learn more about this copy

Book Description Paperback. Condition: Good. The cover is clean but does show some wear. May contain highlighting, handwriting or underlining through out the book. Used books may not contain supplements such as access codes, CDs, etc. Every item ships the same or next business day with tracking number emailed to you. Get Bombed!!. Seller Inventory # 3U1CFW0004JE