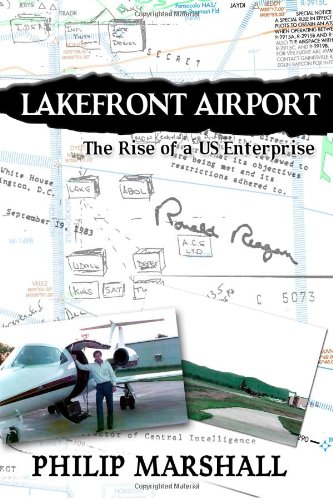 Marshall takes us on midnight runs with a daredevil DEA informant who has infiltrated the Medellin Cartel and is simultaneously running illegal arms to the Contra rebels in Nicaragua. The informant character is based entirely on true events of Barry Seal, (working under George Bush and Ollie North) who was running an illegal weapons pipeline from Mena, Arkansas to Central America and a northbound cocaine pipeline from Central America back to Mena.

Randolph Chapman is the sidekick to the informant in a deadly game of Mac 10 submachine-guns, cocaine and a corrupt group inside the US Executive Branch, who had formed a covert cocaine trafficking Enterprise of their own, headquartered in the basement of White House. The US Enterprise takes over the routes after the Cartel is rounded up and executed.

Philip Marshall, a veteran airline captain and former government "special activities" contract pilot has authored three books on Top Secret America, a group presently conducting business as the United States Intelligence Community. Beginning with his roles in the 1980s as a Learjet captain within a DEA sting on Pablo Escobar and later in the covert arming of Nicaraguan Contras, Marshall has researched 30 years of covert government activities, a revolving door of Wall Street tricksters, media moguls and their well funded politicians into every branch of our government.