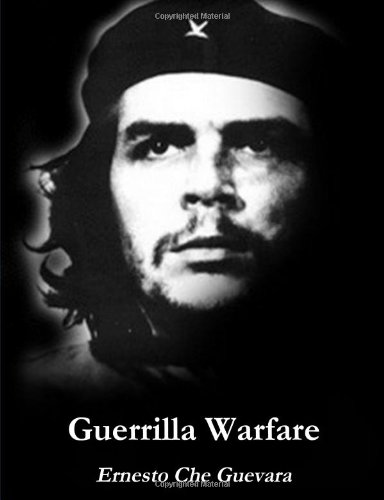 Guerrilla Warfare by the revolutionary Che Guevara has become the guidebook for thousands of guerrilla fighters in various countries around the world. Guevara intended it to be a manual on guerrilla warfare, as inspiration for revolutionary movements in Latin America, Africa and Asia, stressing the need for an underpinning political motivation to guerrilla methods, organisation and supply. Guevara emphasizes that guerrilla warfare is a favorable method against totalitarian regimes, where political opposition and legal civil struggle is impossible to conduct.

[This is an attractive large glossy paperback edition.]

October 1997 marks the 30th anniversary of the assassination of Che. Guerrilla Warfare is Che, in his own words.

One of Time magazine's "icons of the century, " Ernesto Che Guevara was born in Argentina and studied medicine. After meeting Fidel Castro in Mexico, he joined the revolutionary forces that overthrew the Batista dictatorship in Cuba. He later led guerrilla missions to Africa and Bolivia, where he was killed by CIA-backed forces. · Harry "Pombo" Villegas fought alongside Che in the Cuban revolutionary war and later joined his missions to Africa and Bolivia. He still lives in Cuba.