Items related to Antiquities Of The Southern Indians: Particularly Of...

Antiquities Of The Southern Indians: Particularly Of The Georgia Tribes 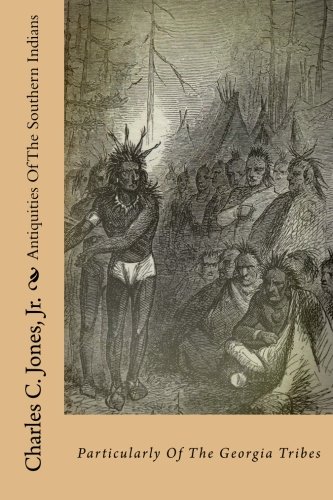 Published in 1873, this volume is an examination of the history of Indian tribes of Virginia, the Carolinas, Florida, Alabama, Mississippi, Louisiana and Tennessee

Long a classic of southeastern archaeology, Charles Jone's Antiquities of the Southern Indians was a groundbreaking work that linked historic tribes with prehistoric "antiquities".

Jones was a pioneer of archaeology who not only excavated important sites but also related his findings to other sites, to contemporary Indians, and to artifacts from other areas. His work covers all of the southeastern states, from Virginia to Louisiana, and is noted for its insights into the De Soto expedition and the history of the Creek Indians. Best known for refuting the popular myth of the Mound Builders, Jones proposed a connection between living Native Americans of the 1800s and the prehistoric peoples who had created the Southeast's large earthen mounds.

For this reissue of Jone's book, a new introduction by Frank Schnell places Jone's work in the context of his times and relates it to current research in the Southeast. Published in 1873, it predated the work of Cyrus Thomas and Clarence Moore and remains a rich resource for modern scholars.

Jones received his law degree from Harvard in 1855m returning to practice in Savannah.

1. Antiquities Of The Southern Indians: Particularly Of The Georgia Tribes