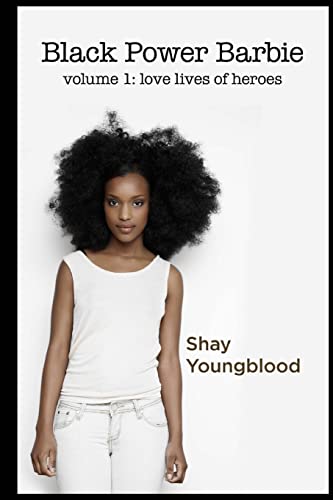 Black Power Barbie vol 1. love lives of heroes, is a hybrid novel about Tabitha X and her younger brother, Jackson Five, the children of murdered African American Civil Rights activists, battle for Black Power Barbie as they relive vivid and frightening memories in therapy sessions in the mid 1990’s. As adults, Tabitha remains psychologically wounded, living in the past, while Jackson faces the reality of living with AIDS. They both discover romantic love and struggle to hold on to it while seeking justice for their parents’ murder. Written in the form of a graphic novel with cinematic sensibilities.

Shay Youngblood is the author of the novels Black Girl in Paris, Winter Prophet, Black Power Barbie and a collection of short fiction, The Big Mama Stories. Her plays, Amazing Grace, Shakin' the Mess Outta Misery, and Talking Bones, have been widely produced. Her other plays include Flying Blind, Square Blues and Communism Killed My Dog. She has worked as a Peace Corps volunteer in the eastern Caribbean, as an au pair, artist's model, and poet's helper in Paris, and as a creative writing instructor in a Rhode Island women's prison. She was a Japan U.S. Friendship Commission, Creative Artist Fellow (2011) and Dallas Museum of Art, Writer in Residence (2013).