Items related to Uncle Remus: His Songs and His Sayings

Harris, Joel Chandler Uncle Remus: His Songs and His Sayings

Uncle Remus: His Songs and His Sayings 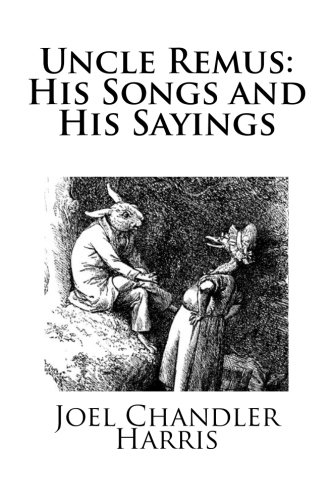 Uncle Remus is a collection of animal stories, songs, and oral folklore, collected from Southern United States blacks. Many of the stories are didactic, much like those of Aesop's fables and the stories of Jean de La Fontaine. Uncle Remus is a kindly old former slave who serves as a storytelling device, passing on the folktales to children gathered around him. The stories are told in Harris's version of a Deep South slave dialect. The genre of stories is the trickster tale. At the time of Harris' publication, his work was praised for its ability to capture plantation negro dialect.

Joel Chandler Harris (December 9, 1848 – July 3, 1908) was an American journalist, fiction writer, and folklorist best known for his collection of Uncle Remus stories. Harris was born in Eatonton, Georgia, where he served as an apprentice on a plantation during his teenage years. He spent the majority of his adult life in Atlanta working as an associate editor at the Atlanta Constitution.

1. Uncle Remus: His Songs and His Sayings

Shipping: US$ 14.04
From United Kingdom to U.S.A.
Destination, rates & speeds