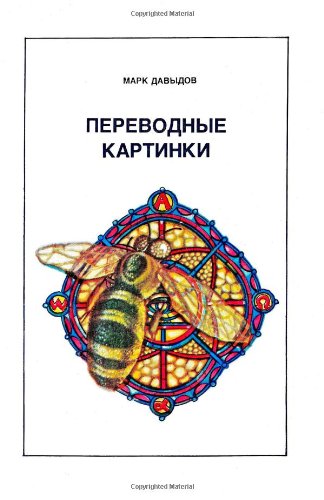 This “missed masterpiece” is believed to be the first book published in Soviet Union by a major publishing house without censorship. “Missed”,because out of five thousand copies published - only three or four hundred reached the public: the bulk of edition perished in the turmoil of the first wild years of “perestroika”. Still, this “lyrical narration in 1370 verses” had its notable readers. It was highly acclaimed by A. Voznesensky, B. Okudzhava, V. Pavlova, T. Kibirov, L. Volohonskaya. The “guru” of post-modernist poetry K. Kedrov wrote preface to it. The great Soviet actor, I.Smoktunovsky, was preparing to record it in its entirety for an audio-book – before his death put an end to this project. It was also the first major work of the contemporary cult book designer A. Bondarenko, and - from a design perspective – is considered to be one of the top 25 books of the last quarter of the century published in Russia. The book is unique, written in a rare and extremely challenging form of a “novel in verses”. It is a delectable read for those who can fully appreciate the richness of its beautiful Russian language, the powerful imagery, the depth and seriousness of the philosophical problems it presents. Here are just two fragments from letters (old-fashioned letters) from readers: Ciryl F.: “It was something transcendental. It was as if some sense or thought is knocking on the door to my mind, some mood, atmosphere, and I can’t—I fell somewhere and cannot dissolve in these “boulders of light” only because really I am just reading a book. Every line, every meaning of each line, was crystal clear to me, as if the book knew me better than I myself do. Often people say that a work of art “touched” them when it reflects one’s thoughts. But you managed to write, to address the unconscious, that level of sub-thoughts, what people take in but do not understand or cannot process, those things that sometimes you get the glimpse of during moments of euphoria and catharsis, things that are found on the shimmering and flickering underside of the diamond of life, which has been refracted a thousand times, and no one can guess its form, things that have to do with how humans sense, with a million sensory organs, all the hesitations of the world, and tries to anticipate that uncertainty, but cannot express it—all that is, in my opinion, what you wrote about... Nastasya P.: “...The next day I decided to take a day trip, and went from Moscow to Sergiev Posad. I like reading on the road, in motion, in inter-city buses departing from VDNH. It’s quiet and cozy there, you can look out the window. I remember it was a wonderful spring day, warm and sunny. Well, everything ended with me sobbing for two and a half hours during the trip. My poor neighbor sat next to me, terrified, the entire way. Please don’t think that I always read books like that. But Decals is so monstrously beautiful and sad that that is how it turned out...”