Items related to Hallowed Be Thy Name

Hallowed Be Thy Name 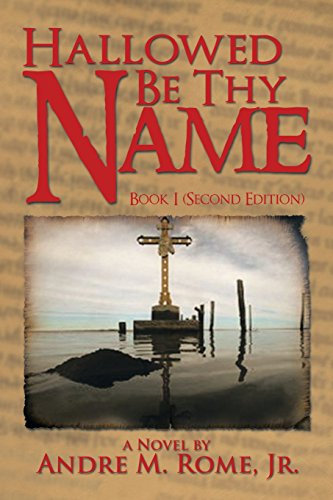 Maria and Joey had a typical marriage but struggled with infertility. After being trapped on their roof for several days after a hurricane, Maria and Joey find a boat that mysteriously washes up to their rescue. They are shocked when they miraculously find an abandoned baby in the boat. Their lives take a dangerous turn for the worse when their miracle baby becomes the target of assassins determined to eliminate the threat that he may pose to organized religions. The family is forced to move from city to city one step ahead of their deadly pursuers, while their son continues to desire a normal life.

Andre M. Rome Jr. launches his first novel with the release of Hallowed Be Thy Name. He has taught English in the Greater New Orleans area for over twenty-six years at Meisler Middle School in the Jefferson Parish Public School System and at Archbishop Rummel High School, where he also served as the head track-and-field coach.When he began what he feared would be the arduous task of writing his first novel, he discovered, “I can honestly say that I have never had so much fun in my life creating characters, researching information, and reliving some of my favorite destinations.”

1. Hallowed Be Thy Name

Book Description Xlibris Corporation LLC. Paperback. Condition: Good. A copy that has been read, but remains in clean condition. All pages are intact, and the cover is intact. The spine may show signs of wear. Pages can include limited notes and highlighting, and the copy can include previous owner inscriptions. An ex-library book and may have standard library stamps and/or stickers. At ThriftBooks, our motto is: Read More, Spend Less. Seller Inventory # G1483696405I3N10