Items related to The King of Canobah

Dibble, Tom The King of Canobah 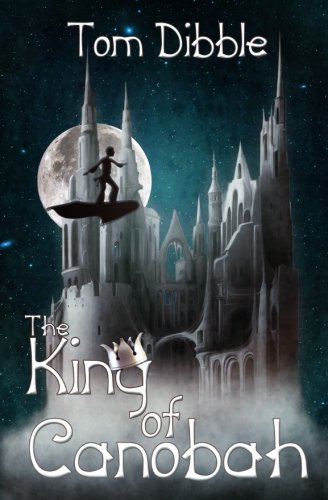 Sir Gen, knight of the Kingdom of Canobah, has written everything there is to know about being a knight. The trouble is, he’s never done any of it himself.This becomes a big problem when the dying King announces a quest to determine his successor, and the nefarious Prince Adranz—furious at having to compete for his rightful inheritance—poisons every other plausible competitor. Only a reluctant Sir Gen is left to challenge him. Now the race is on, and there’s nothing simple about the objective: to find the world’s wisest man. The Prince has an army of brutal thugs and a dangerously oversensitive wizard. Sir Gen has his books, a mysterious huntress stalking him, and a self-absorbed pirate who won't leave him alone. He is about to discover that, in most cases, the pen is not mightier than the sword.

Tom Dibble is a screenwriter, and screenwriting teacher, who's worked with such actors as ***** ******** and ***** ******** (they asked to remain anonymous, but if you can think of two major stars who've won Oscars in the last three years you'd be way off). Anyway, realizing that The King Of Canobah would be an expensive, and difficult to make, film, he decided to write it as a cheap, and easy to sell, book. The result is apparently much enjoyed by his sister-in-law's middle school students. You can enjoy it too. For really not that much. And if the chaotic dysfunction destroying our modern world is getting you down, allow The King of Canobah to whisk you away to a fantasy land where the chaotic dysfunction's much better.