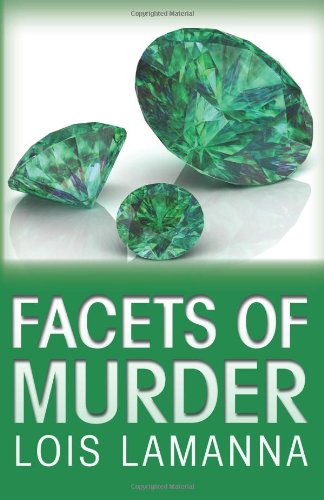 Senior sales associate Cleo Anthony excuses herself from the selling floor to repair a chipped fingernail, leaving Jessica to deal with a man demanding to see Kathy. Later, when Cleo is found dead, the man becomes the chief suspect and only Jessica can identify him. Questioned by the police as the last person to see the victim alive, Jessica’s involvement and interest in the case deepens. She becomes the victim of a burglary and threats.

Rather than take a passive role, Jessica starts questioning the people who knew the dead woman. Following the journey of Cleo’s life from high school ‘bad girl’ to executive’s widow to jewelry salesperson takes Jessica to places she would rather not go and she does things she would rather not do.

Residing in the Pittsburgh area with her husband and two Shih Tzus, Lois Lamanna taught for thirty years in the same high school she attended. When her children went off to college Lois decided to get a part time job selling fine jewelry to satisfy her own wants. In the Jessica Ambrose Jewelry Box Mysteries series, Lois brings both of her work experiences to the characters.