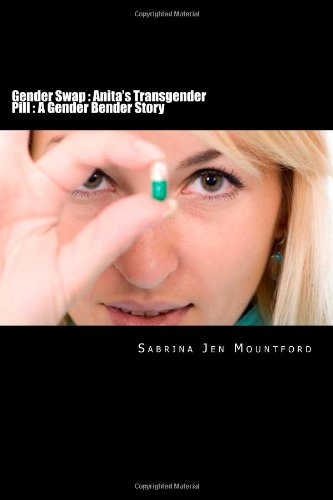 After a brief conversation confirms Anita's initial assessment that Alex needs to be taught a lesson, he unwittingly becomes a guinea pig in a sinister experiment, testing a new drug, so powerful it can transform a biological male into a biological female overnight.

Distraught, to find himself waking up in a female body Alex struggles to cope and to accept his fate. Not completely without compassion, Anita after subjecting her test subject to a variety of humiliating medical procedures to make sure his transition has gone smoothly, begins helping to guide, counsel and reassure him, helping him to embrace his femininity and counselling him over the loss of his male sexual organs.

When Alex finds out there is no way back, he goes on a self-destructive rampage, almost leading to him becoming a victim of 'date-rape'. When Anita hears about this ill-treatment of her latest 'test-subject', she sets out to wield the sort of life-changing revenge only she can...

*Warning this 29,000 word novella contains depictions of forced gender change, graphic medical procedures and various fetish elements. It is NOT for the prudish or those offended by these topics!*