Items related to When You Don't Have a Choice (Windhaven Manor)

Wendi Cassel When You Don't Have a Choice (Windhaven Manor)

When You Don't Have a Choice (Windhaven Manor) 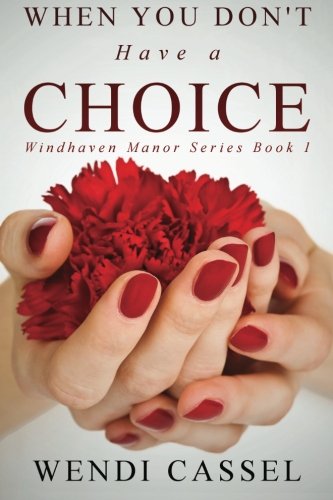 After being abandoned by her parents at a very young age, Hailey Nix has worked hard to get through school and make something of herself. Her lifetime alone has taught her that it’s better to be self-sufficient and not depend on anyone for anything. When Hailey’s job leads her to renovating the historical Windhaven Manor in London, she has no idea just how much her life is about to change. She’s impressed by the manor’s owners, the highly influential Grayson family, and their attractive son, Andrew. She’s shocked at how quickly he slips through all the defenses it’s taken her a lifetime to build. But can Hailey overcome her feelings of abandonment long enough to open her heart to the one man she knows has the power to break it? Just as she’s finally ready to take a chance on love, Andrew discovers the truth about a family secret that has altered the entire course of his life. Feeling betrayed, he leaves Windhaven in a fit of anger, leaving Hailey behind and abandoned all over again.Is the love they share strong enough to bring them together and survive the family’s secret past, or is there a limit to the forgiveness someone is capable of? What if love isn’t always enough?