Greer, Allan The People of New France (The Canada 150 Collection)

The People of New France (The Canada 150 Collection) 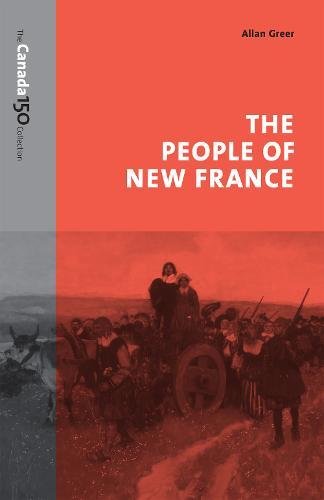 This book surveys the social history of New France. For more than a century, until the British conquest of 1759-60, France held sway over a major portion of the North American continent. In this vast territory several unique colonial societies emerged, societies which in many respects mirrored ancien regime France, but which also incorporated a major Aboriginal component.

Whereas earlier works in this field presented pre-conquest Canada as completely white and Catholic, The People of New France looks closely at other members of society as well: black slaves, English captives and Christian Iroquois of the mission villages near Montreal. The artisans and soldiers, the merchants, nobles, and priests who congregated in the towns of Montreal and Quebec are the subject of one chapter. Another chapter examines the special situation of French regime women under a legal system that recognized wives as equal owners of all family property. The author extends his analysis to French settlements around the Great Lakes and down the Mississippi Valley, and to Acadia and Ile Royale.

Greer's book, addressed to undergraduate students and general readers, provides a deeper understanding of how people lived their lives in these vanished Old-Regime societies.

Allan Greer is a Professor in the Department of History at McGill University.